A Gala for Champions

When we initially found out the Superbowl would be happening in our city we were pretty excited. There are so many different events that happen the week of the Superbowl in the city that's hosting it and we made sure we were a part of it in our own way. We set up our equipment outside one of the events and did some music for all the guests going to the event.

Fast forward to the next year and I am reaching out and connecting with different event planners and I come across the Mike Evans Family Foundation Gala. I looked at what they were doing from their scholarships to their other programs that help youth and was definitely interested in finding a way to be a part. Courtney Foss, the executive director does such a great job with the foundation and to see how impactful it is, is really great. So we ended up connecting and my wife and I became the official entertainment for the night. 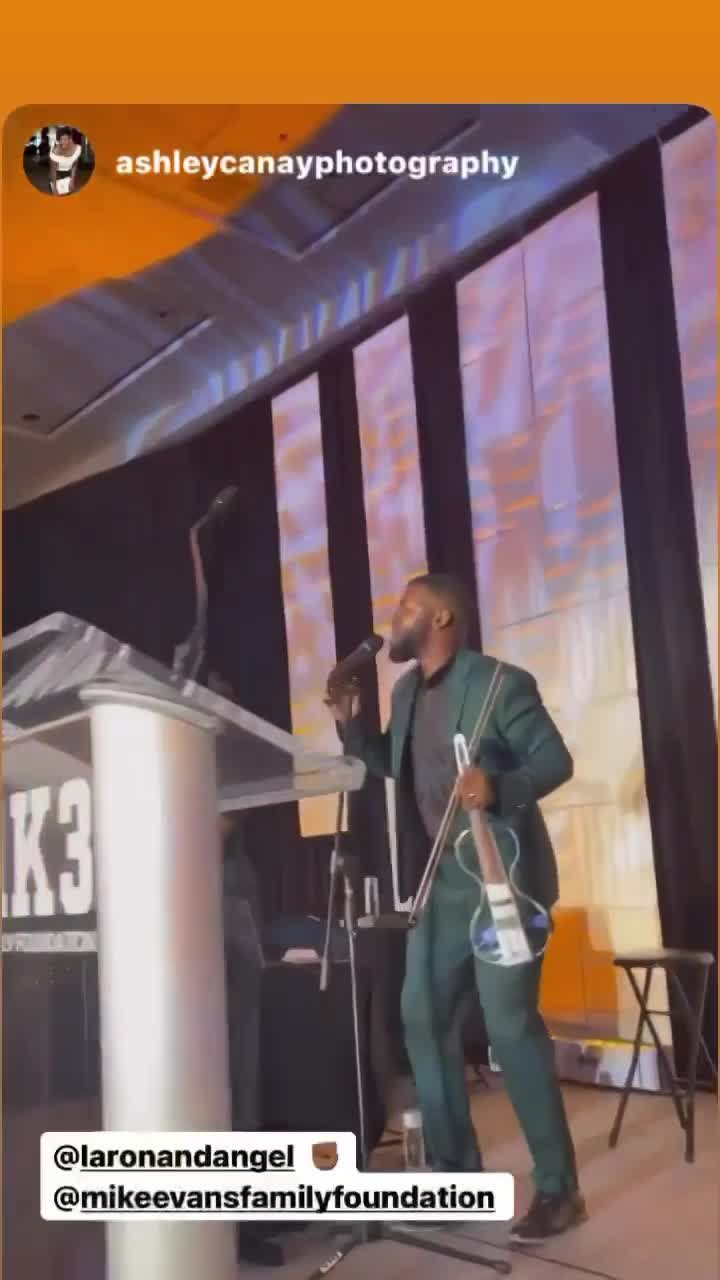 There were so many people there to support the foundation and the work that they do! So, here's the funny part. Most people who know me, know that sports are not necessarily my forte, so I was shaking hands and meeting all of these wonderful people that are coaches, star athletes, high profile people, influencers, etc. and I had no idea who some of them were at the time. 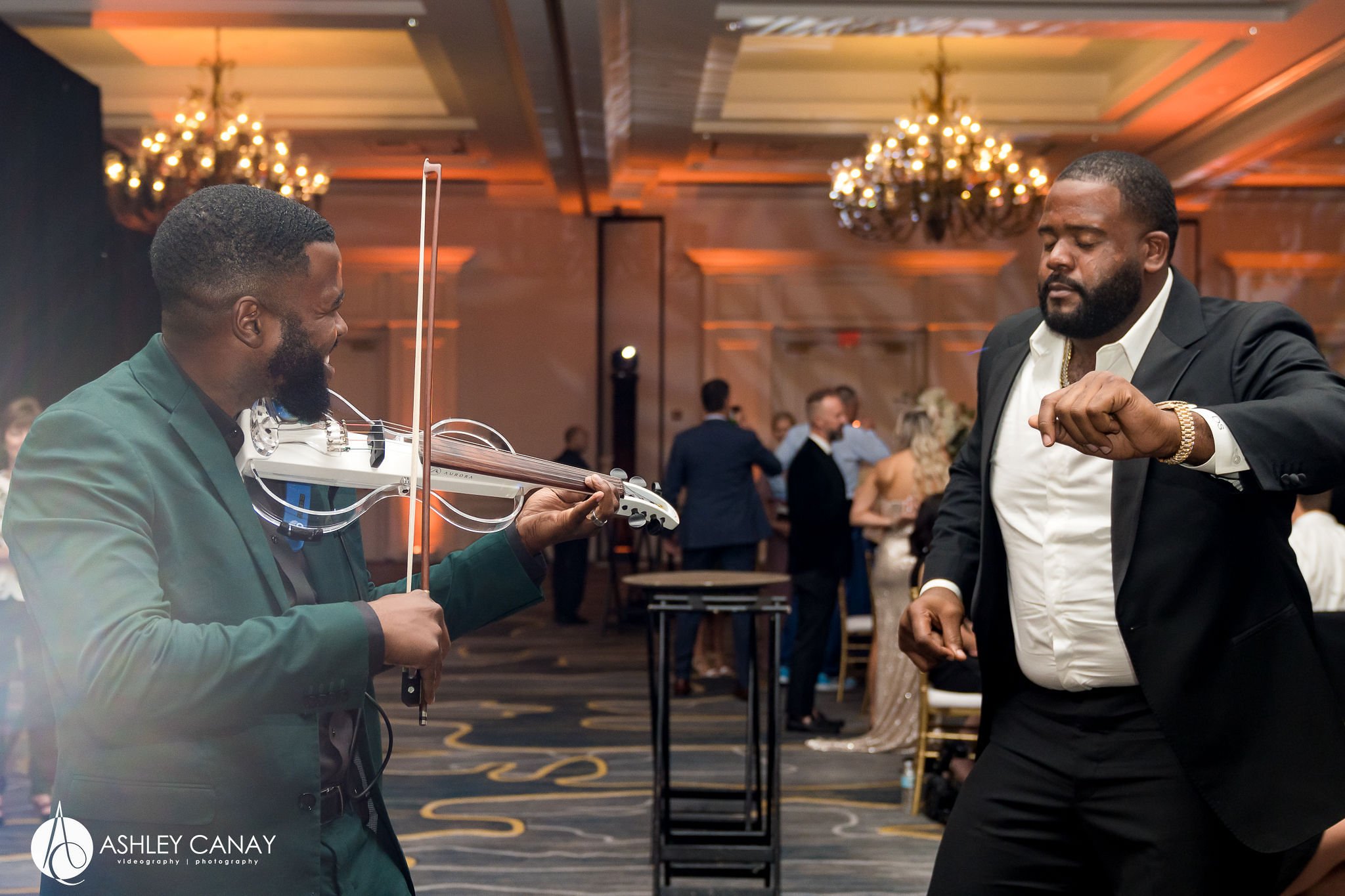 Jamming with Donovan Smith, Left Tackle for the Buccaneeers

Call me crazy, but I actually like not knowing. I always want to make sure I treat everybody right no matter their status. Not knowing some of the people actually helps make sure of that! LOL.

I totally understand about "networking" and "these are people that can take you to the next level" and all of that.... but at what expense? Should I totally ignore a person I'm engaging with because Tom Brady (the GOAT might I add) walks in the room? What if the whole reason God allowed me to be in that room was to be a light for that one person I was talking to, but I've pushed them out of the way to stand in the line of people waiting to talk to Tom.

Allowing the "do whatever it takes to get to the top" mentality to govern and rule how I live, does not fit the life God purposed for me as a believer to have.  It does not mean I am not tempted to, because to be honest with you...if I wanted to allow that mentality to rule me, I could and would probably do it better than those known most notoriously for it! But like God told Cain in Genesis 4:7 "If you do well, will you not be accepted? And if you do not do well, sin is crouching at the door. Its desire is contrary to you, but you must rule over it.”

And when I rule and champion over it, like Mike and the Buccaneers did in the Superbowl against the Kansas City Chiefs, I'm so much more content. And that contentment allows me to live in the peace that God provides whether I'm at the top of the call list or at the bottom. 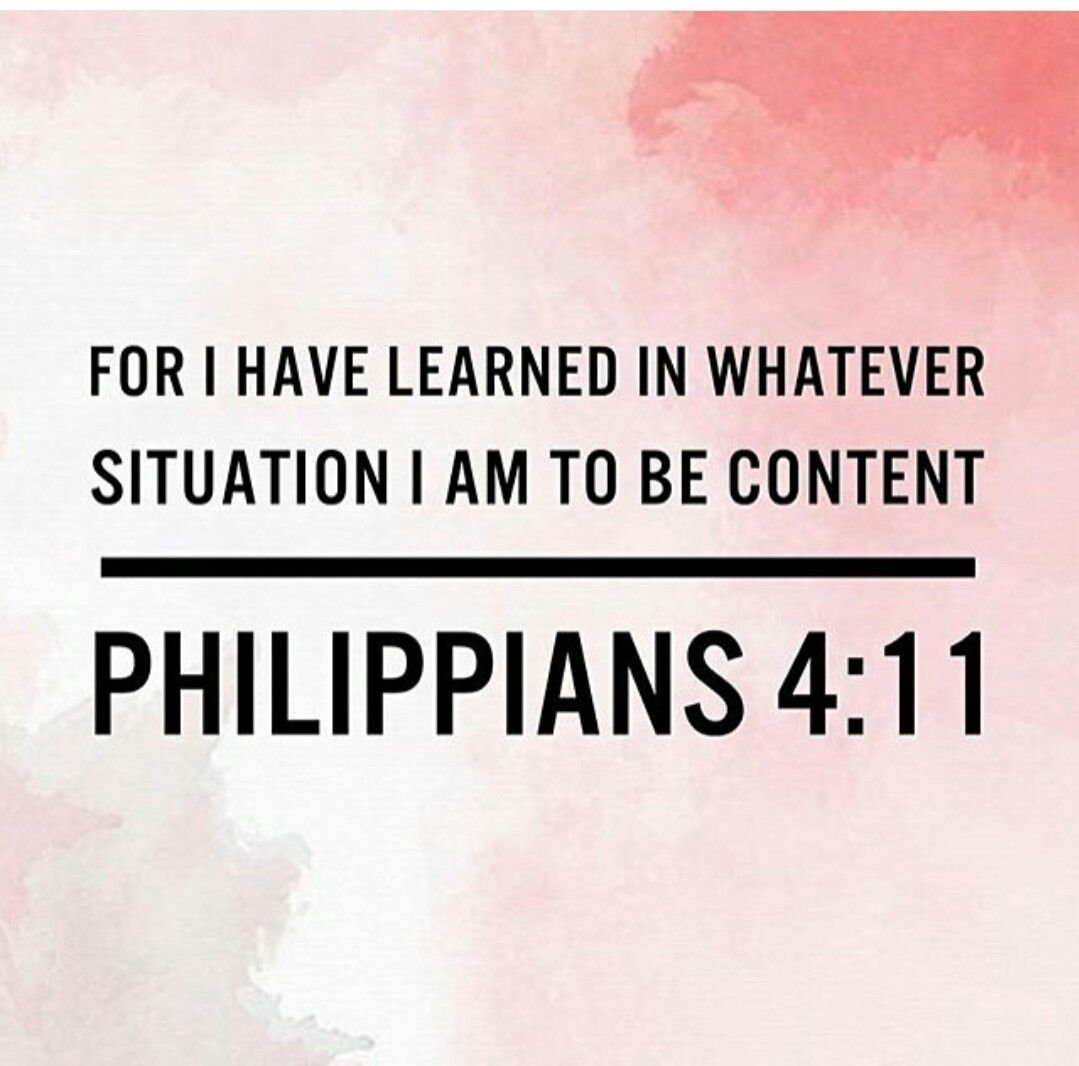